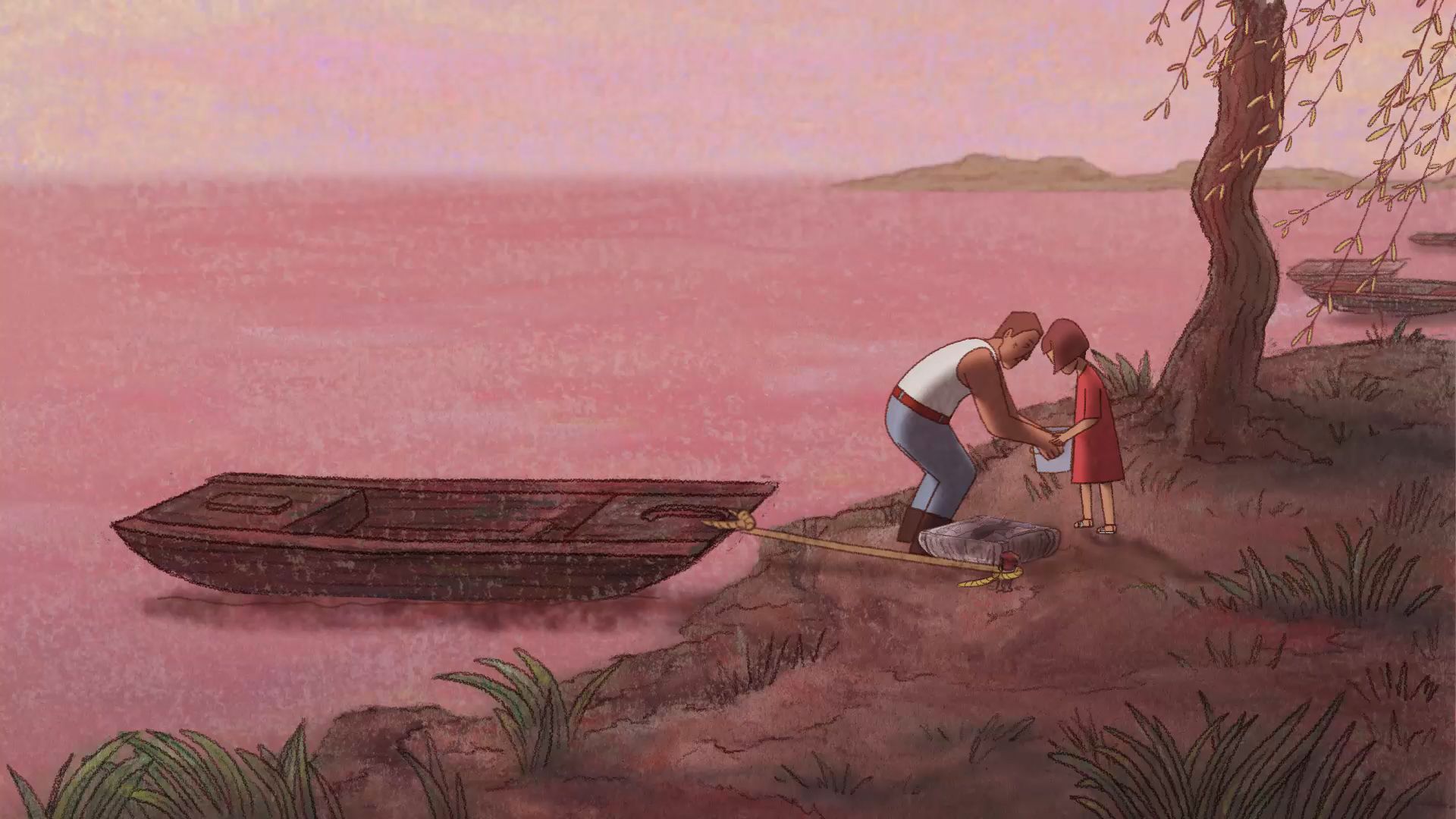 Experiment directed by Zoé Berton, Susana Covo Pérez, Guillaume Heussler, Yann Kacprzak, Margot Wiriath
When science gets out of hand, the consequences are disastrous.
Le Cri directed by Charlotte Chouisnard, Ninon Dodemant, Baptiste Leclerc, Solène Michel, Justine Parasote, Anouk Segura-Diaz
A dreadful scream pierces through the silence of a sleepy residence. What happened? The investigation begins
A Devil in the Pocket (Un diable dans la poche) directed by Antoine Bonnet & Mathilde Loubes
A group of children witness a crime and are bribed to remain silent.
My Friend Who Shines in the Night directed by Grégoire De Bernouis, Jawed Boudaoud, Simon Cadilhac, Hélène Ledevin
Arthur tries to help a ghost who loses their memory after being struck by lightning.
Island directed by Mengqian Chen On a deserted island lives a desperately lonely Cyclops. One summer night he discovers an egg from which a bird hatches.
Love is Just a Death Away directed by Bára Anna Stejskalová Finding love amid utter decay. A new life is born from a previous one.
Them directed by Sunitha Sangaré A father and his daughter on the run from strange creatures.
Step into the river directed by Weijia Ma Lu and Wei are two young Chinese girls living in a village nestled on the banks of a river where the one-child policy has led some families to drown baby girls.
Thunder Rises directed by Evan Curtis In a vanishing wilderness, man silences the freedom of the wolf.
Asmahan the Diva directed by Chloé Mazlo The true story of Amal al-Atrash, a Druze princess from Syria who became a famous singer in Egypt and a spy during WW2. She reinvented herself many times and survived scandals, suicides, and assassination attempts until her car mysteriously crashed into the Nile River.
Universal Frequencies directed by Paul Arsenanault The history of the universe through 1590 hand painted frames.
Our Mine directed by Shayna Strype In this ecofeminist tragicomedy, the female body transforms into the landscape and characters to tell the story of a mine from the mountain”s perspective.
Wall Piano directed by Asma Ghanem, Christopher Marianetti, Alexia Webster A wall becomes something other than an immovable barrier for a group of children living near the Qalandia checkpoint in Ramallah, Palestine, a frontline of the West Bank conflict.
MeTube: August sings ”Una furtiva lagrima” directed by Daniel Moshel The intergalactic music nerds August and Elfie conquer the opera stage and orchestrate their final adventure in an opulent manner.