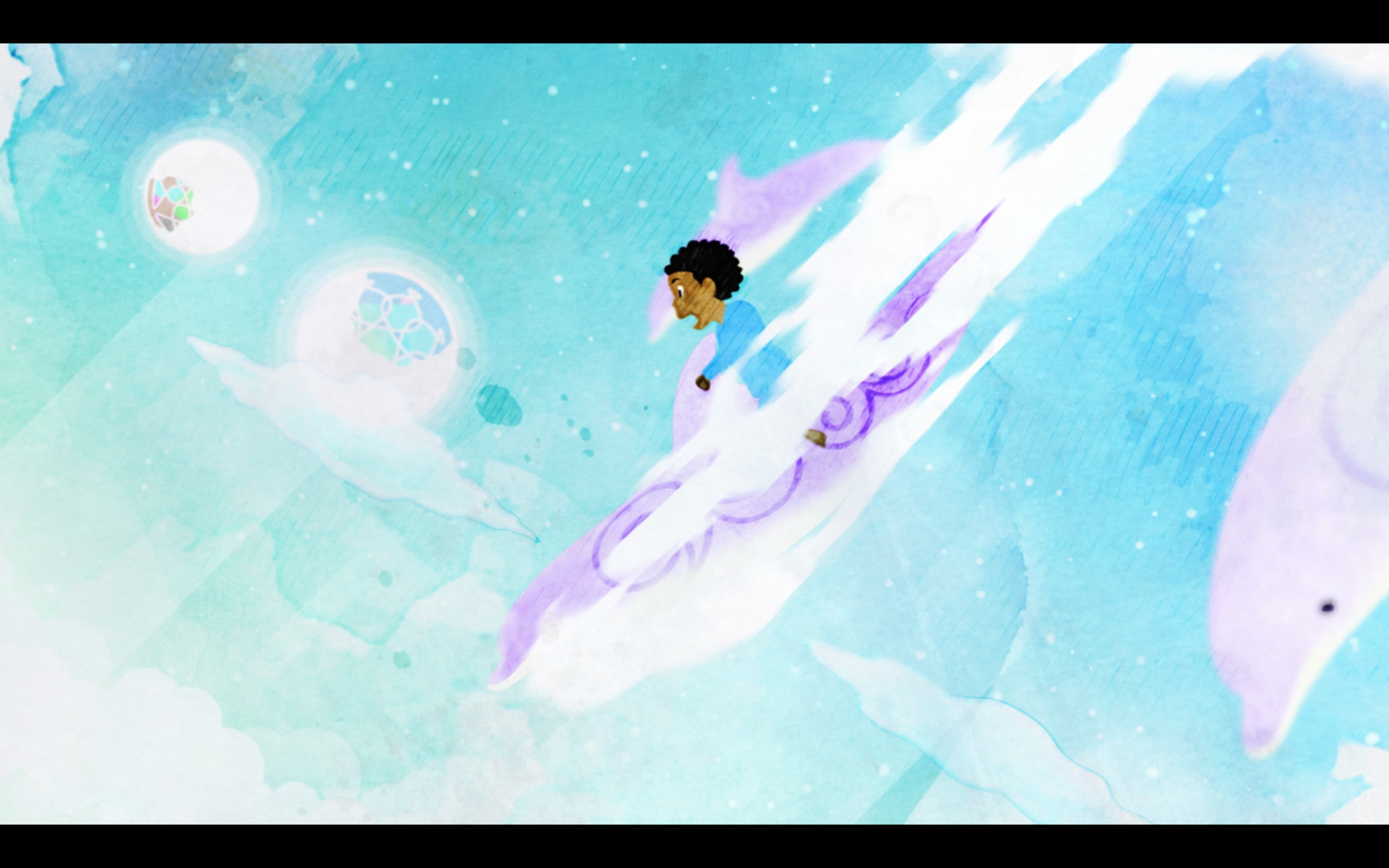 Dream Catcher directed by Ryan Adkins A six-year-old boy’s escape from loneliness into a fluid, watercolor-inspired world of dreams with nothing more than a dream catcher and his imagination! Space Epic directed

Dream Catcher directed by Ryan Adkins
A six-year-old boy’s escape from loneliness into a fluid, watercolor-inspired world of dreams with nothing more than a dream catcher and his imagination!
Space Epic directed by Prabhu Rajaganapathy
An astronaut tries to take the first selfie on the moon but then something happens.
Two directed by Emre Okten
Two robotic companions forge a friendship during their decades-long mission on an unmanned research ship headed for the Sun.
Don’t Croak directed by Daun Kim An agile long-legged frog escapes from being dissected by a frenzied determined 12 year-old girl.
Monstrositea directed by Megan Pinkston
A lonely old lady’s afternoon tea is interrupted by her crazy neighbor”s science experiment.
La Mort, Père & Fils (Death, Dad & Son) directed by Winshluss, Denis Walgenwitz
Death is a devoted family man whose son would rather be a guardian angel than follow in his father’s footsteps.
Wild Love directed by Paul Autric, Quentin Camus, Maryka Laudet, Léa Georges, Zoé Sottiaux, Corentin Yvergniaux
While on a romantic getaway, Alan and Beverly cause a fatal accident and their crime won’t go unpunished…
Gelato – Seven Summers of Ice Cream Love directed by Daniela Opp One
summer in the 1930”s, a German girl named Rosa fell in love with an Italian boy named Paolo, who family opened a shop selling a new frozen treat…until the war interrupted their love story.
A Bird With No Legs directed by Nick Cinelli
Theo plays his saxophone to help his father overcome his grief.

Ladder to You directed by Victoria Watson and Chris Watson Old Eric is tired of life without his dear wife, Elsie, but in his darkest moment she shows him that true love never dies.
Dani directed by Lizzy Hogenson
Feeling obligated to wear a brave face, a 30-year-old woman delivers her grim breast cancer prognosis to her mother over a simple phone call.

Charon directed by Cullen Parr Myron Dyal, an artist with temporal lobe epilepsy, creates striking images inspired by the visions he has during his seizures.
Bavure directed by Donato Sansone
The evolution of a human being from creation to an awareness of the mysteries of the universe.
Selfies directed by Claudius Gentinetta
Hundreds of quaint, embarrassing and dreadfully disturbing selfies are arranged in a veritable firework display of digital self-portraits.
Pandemia directed by Yiannis Biliris
Mobile addiction and social disconnection… Is this the new norm?
The Divine Way directed by Ilaria Di Carlo
Inspired by Dante’s Divine Comedy, this epic descent through an endless labyrinth of staircases was shot in more than fifty magnificent locations throughout Germany.