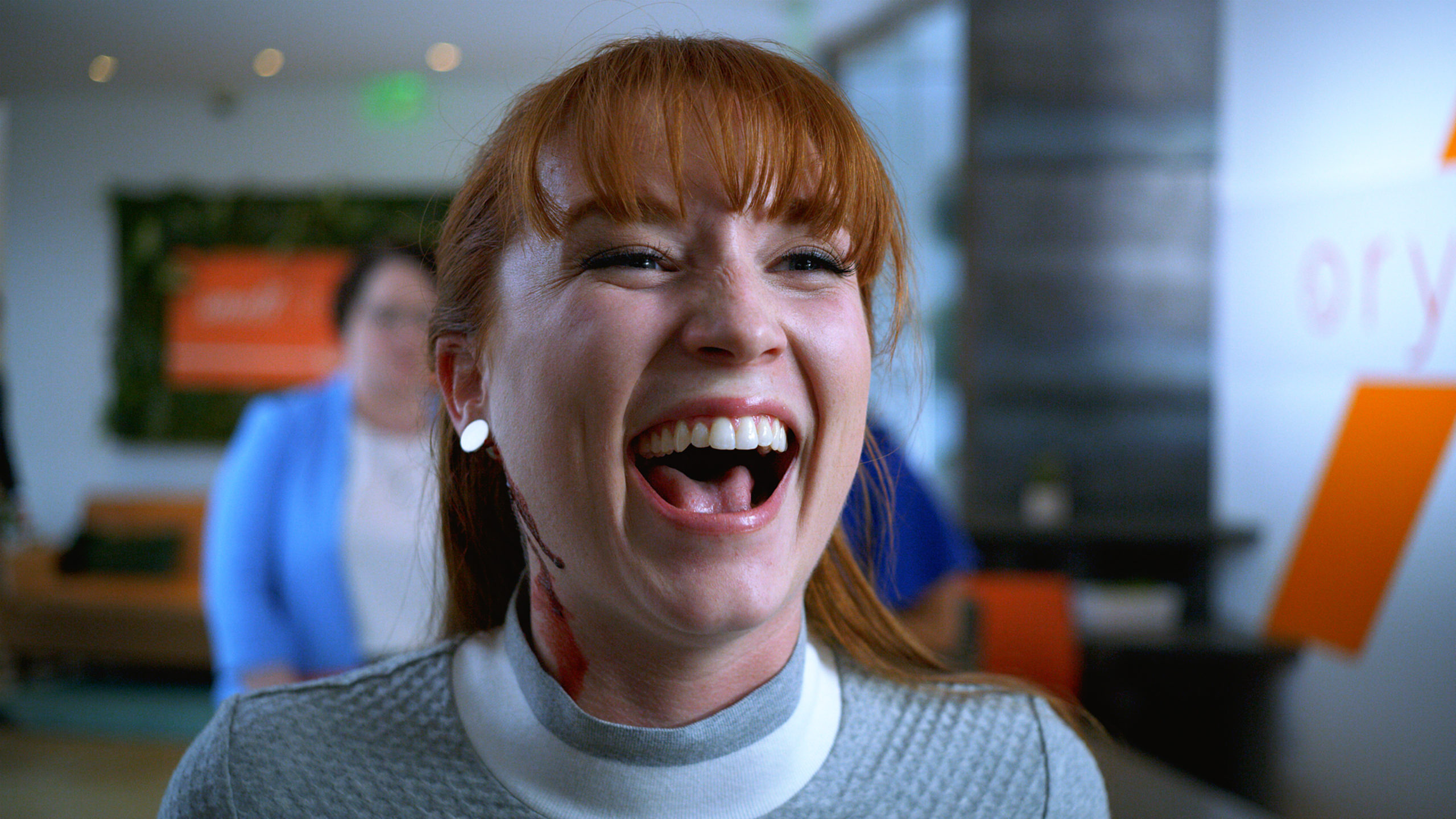 In 2032, Zealandia is the only virus free country left on earth at a high cost to its population. Could the bag carried by a fearless woman entering the country be the downfall of this oppressive state?

Interviews are stressful even in the best of circumstances. Thankfully, Cassie’s an APPy beta tester, allowed to choose when and how she feels emotions. While initially she’s killing her interview, the app warns her to stop, and Cassie has to decide whether or not to risk the consequences.

I CAN CHANGE directed by Jim Jenkins

The night before his wedding, an underachiever receives the power to stop time, so he attempts to make major life changes his fiancé wants him to make, all before morning.

Before directed by Julia Monahan

A group of not-yet-humans bide their time in an eerie and exhausting waiting room, anxiously hoping for their number to be called for an assigned life on Earth.

SHORT CALF MUSCLE is an absurdist comedy about Anders. And Anders is different. But he doesn’t know that. Yes, he’s also gay, but that’s not the point here. There is also this thing that others see but he doesn’t.

A prehistoric family´s desperate search for a mythical source of life turns into tragedy when the egos and obsessions of their male members rise to the surface.

DOWN TO EARTH directed by Tom Mull

Friendships are tested when a skateboarding trip spirals into a search for inter-dimensional lizard people.

LOST TREASURE OF THE VALLEY directed by Robert Husted

A photographer and an adventurer discover that all of the abandoned shopping carts in LA’s San Fernando Valley lead to a secret treasure – guarded by a dragon!